In my teens I had the privilege of attending some amazing concerts!

To this day, these pianists are my deepest inspiration 🙂 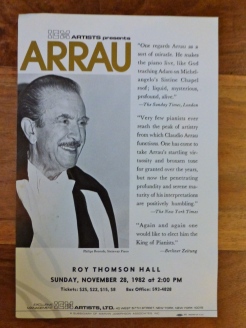 Claudio Arrau (1903-1991) is from Chile and has had a huge influence on me. His thoughtfulness and humility is remarkable. I was so blessed to see him November 28, 1982.

I attended the memorial service for Glenn Gould with my teacher Marion Grudeff in 1982. They ended the ceremony with a recording of Glenn Gould playing the Aria to the Goldberg Variations. There wasn’t a dry eye in the place. 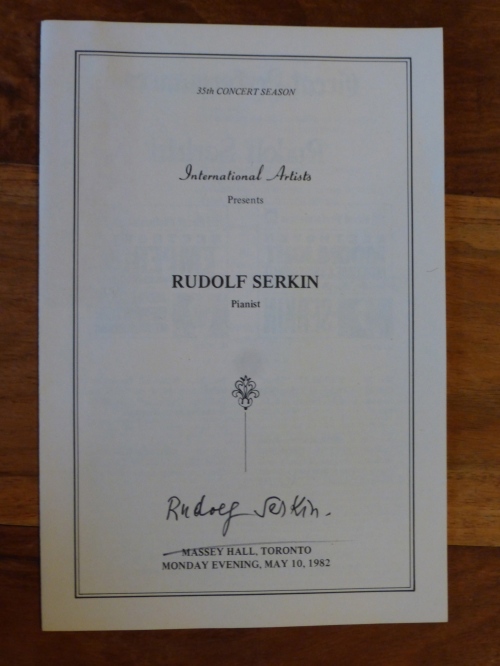 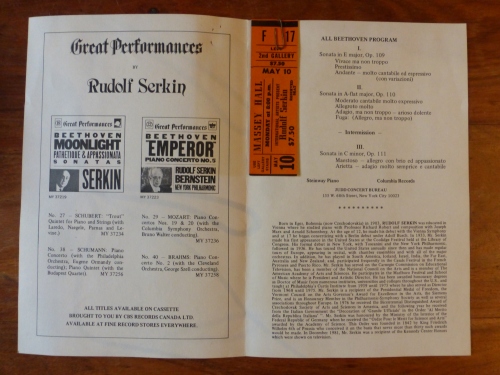 The great Rudolf Serkin was a student of BKS Iyengar! And friend of the amazing late yogini Vanda Scaravelli. The amazing thing is that these Sonatas that he played by Beethoven are my absolute favorite pieces. I performed the Sonata Op. 110 for my ARCT and am now working on Op. 109. A lifetime goal after seeds were planted 35 years ago.

The incredible Ivo Pogorelich. What a gift for me to be there- again in 1982! Ivo Pogorelich’s career shot into stardom when he didn’t win the Chopin Competition in 1980. He was eliminated in the 3rd round, and one of the adjudicators, Martha Argerich, proclaimed him a “genius” and resigned from the jury in protest.

In recent years, I have been greatly influenced by Helene Grimaud and have seen her in concert 4 times. She has a passion, resilience and independent spirit that is remarkable. Here we are together at Koerner Hall. 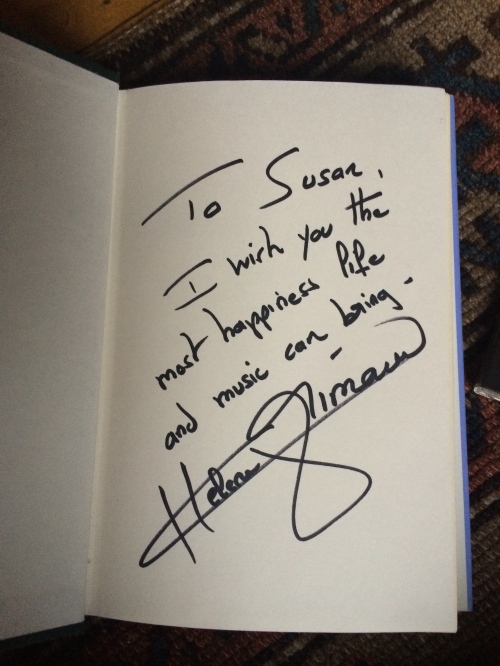